If you're transitioning from console to pc gaming, you probably don't want to spend too much on your new gaming rig, and that's understandable. If you're one of those people where the money is not a problem, click here to our list of the best-prebuilt systems under $1000. But if you're like the rest of us who don't have too much money, here is the list of the best-prebuilt gaming PC's that are under $600. While these gaming PCs are not top-notch, they will beat any console out there. 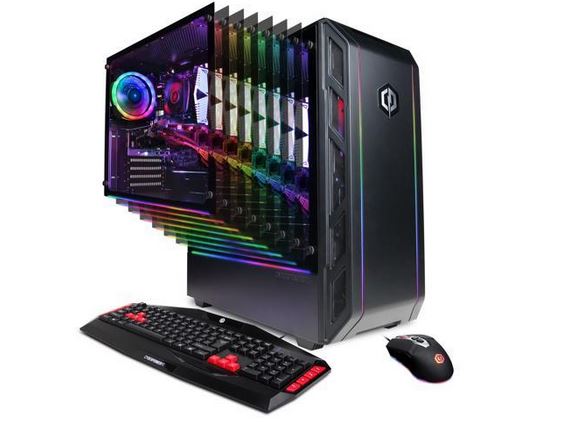 Like most of the budget gaming PCs, it's coming from CyberPowerPC. The Gamer Force ET9919 model offers unrivaled gaming performance at a very affordable price. It comes with the RX 580 graphics card, which will easily run any game out there. It also comes with a great storage capacity of 512GB which is very good at such pricing. To sweeten the deal even further, it comes with a free keyboard and a mouse.

Coming down the list, we have another gaming pc from CyberPowerPC. The gamer master GMA888A model comes with AMD Ryzen 5 2300X and the Radeon R7 240 graphics card. While not the best, this pc is perfect for people who are just getting into PC gaming. Like all the other CyberPowerPC computers, it comes with a free keyboard and mouse which, always sweeten the deal.

Another excellent gaming PC below $600 is the HP Pavilion. It comes with the Ryzen 5 2400G which is equipped with the VEGA 8 graphics APU. The design of the PC is not as good or eye-appealing as other gaming systems mentioned in this article, but we shouldn't expect a lot better in such a price range. It only has HDD storage, which will make the system boot up much slower than any system that comes with an SSD. It features a free keyboard and mouse which, is always a nice edition when buying a new gaming PC. 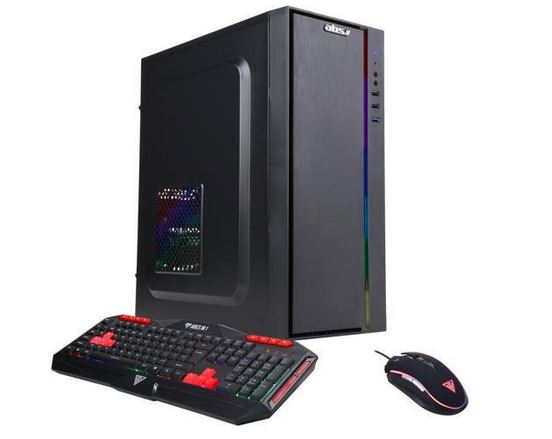 The gaming pc with the best graphics card on the list is the ABS Rogue SE. It comes with a powerful GTX 1060 3GB which, will surely run any game you will throw at it. It also has 512GB SSD which, will reduce the boot-up time to a matter of couple seconds. And like all of the other gaming PCs on this list, it comes with a free mouse and keyboard.

The last gaming pc on our list is coming from nothing else but CyberPowerPC. The Gamer Force ET9920 combines the amazing price per performance with a very nice, white themed look. It comes with one of the newer Intel's i3-9100F processors which, is very good at such price. It also comes with a mighty graphics card and an SSD. Also, we can't overlook the fact that it comes with a free keyboard and mouse. Overall, this gaming rig is one of the best deals currently on the market. Trust us, you won't be disappointed with this purchase.